When I started my blog, I was in part looking for a creative outlet that could serve as a substitute for photography.  Sure I’ve liked and used fountain pens for years, but it never occurred to me that I would start collecting them in earnest, or writing about them, or (here was the big surprise) finding that other people might actually want to read what I had to say about them.

I’ve never really taken to digital photography beyond the acceptance that these days it’s a convenient way to take photographs.  And while I still can’t be persuaded to spend hours in front of a computer tweaking images, I never had that problem standing for hours in a cramped, darkened space under a red safelight making prints in a darkroom.  Maybe it was the smell of the chemicals, but I’d like to think it was the childlike wonder of watching an image gradually materialising on the paper as it rocked gently in the tray of developer and thinking “I did that”.  Of course, it applied equally when things went wrong, but I’m pleased to say that this sense of magic has never gone away. 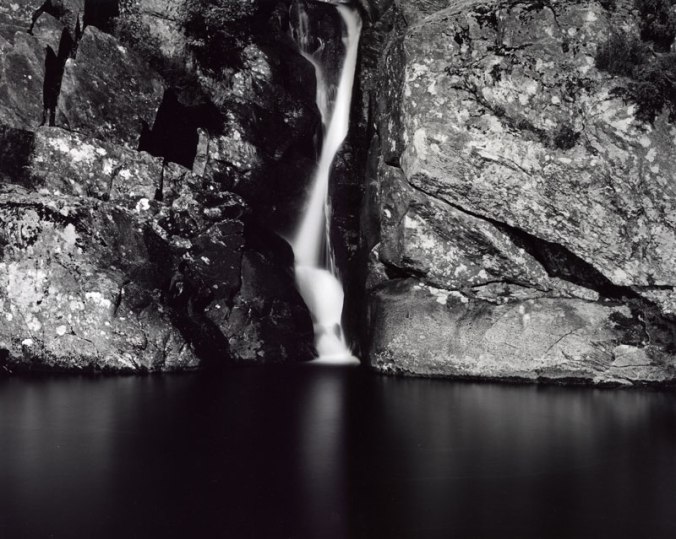 I can’t pretend to be a very good photographer but I need to be able to believe I still am one.  Unfortunately, the time needed for taking and making photographs has not been compatible with work and family commitments in recent years.  I’m hopeful that one day this will change, and that when it does it will actually still be possible to buy film and photographic paper and get back to something that I really love.  In the meantime, my darkroom is mothballed and my beloved Sinar Norma and Mamiya RB67 are more like ornaments in the corner of a room than tools of the trade.  All the gear – no idea when I’m going to get to put it to good use…

What does any of this have to do with buses?

I’ve never been to Helsinki and I’ve certainly never seen its bus station, but I’m more familiar with it than any other Scandinavian transportation hub as a result of a lecture given by Amo Rafael Minkkinen a number of years ago.  He was talking about the creative process, the development of one’s own style as a photographer and how it could be compared to taking a journey from Helsinki’s central bus station. You can read a transcript about the Helsinki Bus Station Theory here.  (It’s worth taking the time, I think.) 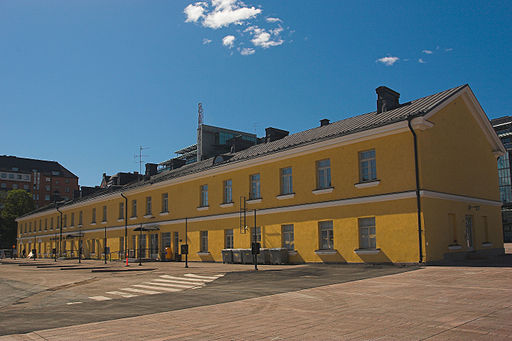 Google tells me this is the old Helsinki bus station… (Courtesy of JIP at English Wikipedia [CC BY-SA 3.0])

In a nutshell, he argued that you will spend years making photographs that look like the work of others, but eventually (and here’s where the bus analogy punchline arrives) your personal route will start to diverge from these others as the journey progresses and your own style will start to become distinct from those around you.  The trick is to stay on the bus and see the journey through.  Going back to the bus station and starting again on another route to see if that offers a better option will just waste precious time and end up leaving you no further forward than before – just on a different route.

This resonated with me at the time, being inspired by the work of photographers like John Davies, Fay Godwin, John Blakemore, Igor Svibilsky and many others while I tried to work out what sort of photographs I wanted to make.  However, I’ve recently found myself reflecting on it in the context of writing my blog and how the focus of my interest in pens, paper and ink has changed with time, practice and seeing what interests other people.

Do I stick with what I’m doing?

Should I follow what I see going on elsewhere?

Sure, at times I’ve followed the same routes as other people, even jumping on the occasional bandwagon.  What I think I’ve learnt along the way is that you should trust your own judgement, follow what interests you and learn from your experiences as you go.  I’ve also learnt that my list of favourite pens (owned or aspirational) or inks and, to a lesser extent, paper now looks nothing like it did a couple of years ago.  Also, I’m fairly confident that my list will almost certainly never entirely match anyone else’s. At first glance there might be similarities, but look at the detail and you’ll start to see the differences.  That’s one of the wonders of this hobby and the wonderfully diverse group of people out there who practice it.

So, whatever your creative endeavour, whether it be one that you do in private or share publicly, you’ll get where you’re going eventually.  Stick with it and try to enjoy the ride.

As Minkkinen himself said – “Stay on the bus.  Stay on the f*cking bus!”

A Helsinki bus. Consider staying on it… (Courtesy of AleWi [CC0])

4 thoughts on “Learning to stay on the bus”