I have an interesting relationship with pocket-sized notebooks.  I like the idea and I seem to buy a lot of them, but using them has proved more of a problem.  That’s partly down to the way I use notebooks in everyday life, but it’s also down to an irrational fear of ‘spoiling’ them by writing in them.  The result is a hoard of pocket notebooks, some of which are exquisite in their design and execution.

It’s not a straightforward case of White Page Anxiety, there’s also awe and respect for the (often) handmade nature of books like those from Back Pocket and Dapper Notes.  I know that the people behind these companies intended their notebooks to be used, but I have yet to convince myself that this is entirely OK. 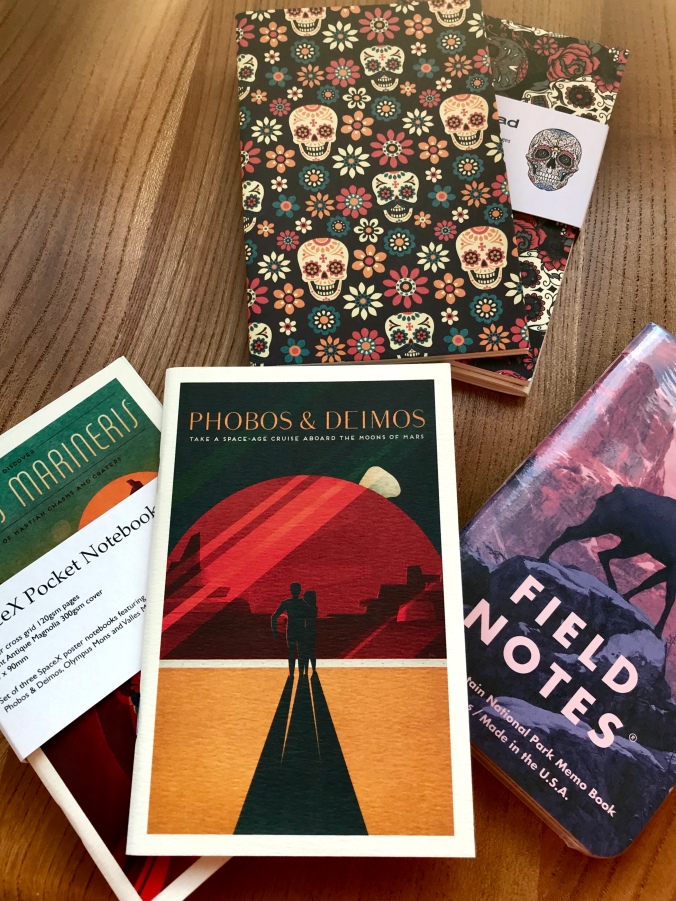 When notebooks look this good, why spoil them?

To try to disrupt this mindset, I’ve decided to force myself to use pocket notebooks more. To help prevent backsliding on my part, I went all in and signed up for the Nero’s Notes pocket notebook subscription.  This means a bunch of pocket notebooks turn up at my door every 3 months and can only be interrupted by active intervention on my part.

Given the difficulties I seem to have using notebooks that feature amazing artwork on their covers, Nero’s came to my rescue – albeit unintentionally.  My first shipment included a set of 3 Nero’s ‘Basics’ notebooks and set of 3 ‘1857’ notebooks (Stuart Lennon who owns Nero’s, is also one of the hosts/presenters of the excellent 1857 podcast).

The term ‘Basic’ can sometimes be synonymous with cheap and nasty, but not so with these notebooks.  As the information on the inner and outer faces of the cover tells you, these notebooks are handmade in the UK using 240gsm card stock for the covers and 70gsm dot grid paper for the 36 page interior.  The books are saddle-sewn (i.e. stapled), which is pretty common for notebooks of this size.  Corners are rounded, which is a nice touch.

Keeping it simple up front…

The outside of the covers is suitably simple – the front cover sports the Nero’s logo and the word ‘Basics’, while the rear cover has the company name, the notebook’s dimensions and a legend telling you that the notebook is handmade in England.  The inside front cover allows you to record some basic information about the contents, while the inside rear cover provides some space to record your details and details of the materials used to make the notebooks. 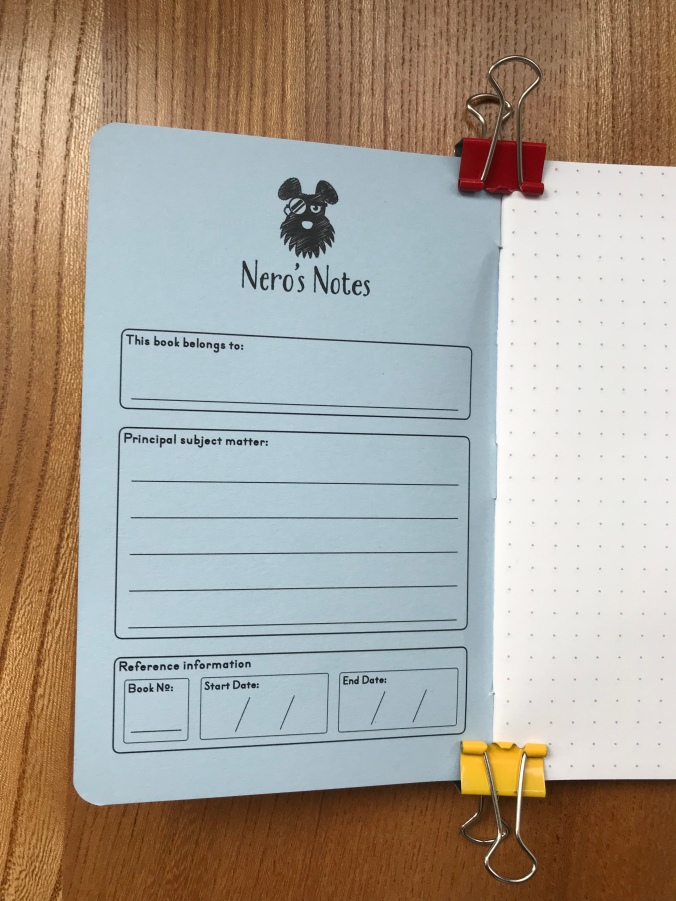 Worth making a note of

The term ‘Basics’ distinguishes this notebook from another in the Nero’s line-up – the ‘Ink Friendly’.  The clue is in the name, with the latter being heavier weight, coated and meant to be more fountain pen-friendly.  To be honest, I haven’t found much of a problem using fountain pens with the Basics notebook.  On the face of it, the Basics notebooks are cheaper, but the page count is lower.  When this is factored in, prices are pretty similar between the 2 sets of notebooks. 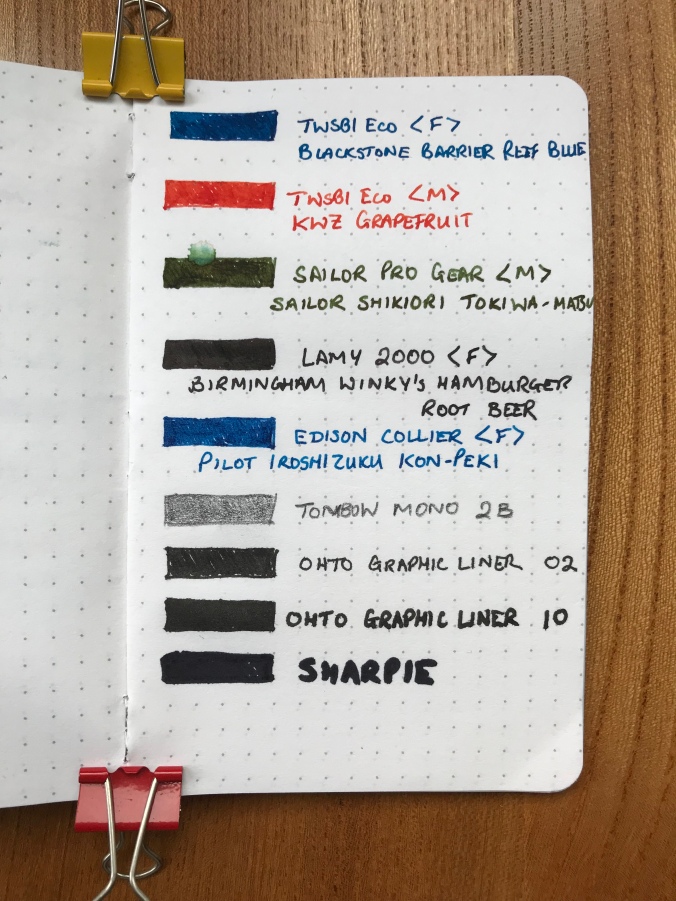 Testing the ink-friendliness of the Basics paper

Show-through but no major bleed-through

The paper performed pretty well, all things considered.  Based on previous experience with notebooks like Field Notes, I didn’t have particularly high expectations, but there was nothing really to complain about at all with the Nero’s notebooks.  All the fountain pens I tried performed just fine, although I didn’t use any particularly broad nibs.  The only obvious sign of feathering in my (non-exhaustive) test came with a thick OHTO Graphic Liner.

There was a fair amount of show-through, with a Sharpie being the worst offender (no real surprise there).  The Sharpie was also the only pen that gave a hint of bleed-through.  Again, not entirely surprising.

Nero’s themselves describe these books as simple, practical and super-stylish.  The first 2 are undoubtedly true.  The third is a little more subjective, but I must admit I like the plain and uncluttered look.  It reminds me slightly of an old school exercise book.

I’ve been pleasantly surprised by how the Basics notebooks have performed.  At £9 for a set of 3, they’re pretty reasonable value for money.  They’ve definitely helped me get started on using pocket notebooks, and I even left the house once with one stashed in my pocket!  That provoked another crisis about which pen to take with me, but that’s a whole other can of worms best left unopened for now.